Bitcoin (BTC) price was returning to bullish form on Aug. 19 as markets look to break out from last week’s sideways trading.

Markets appeared to be reacting to news cryptocurrency exchange Binance was planning to release its own version of Facebook’s Libra digital currency, in what is also a direct response to China’s central bank. 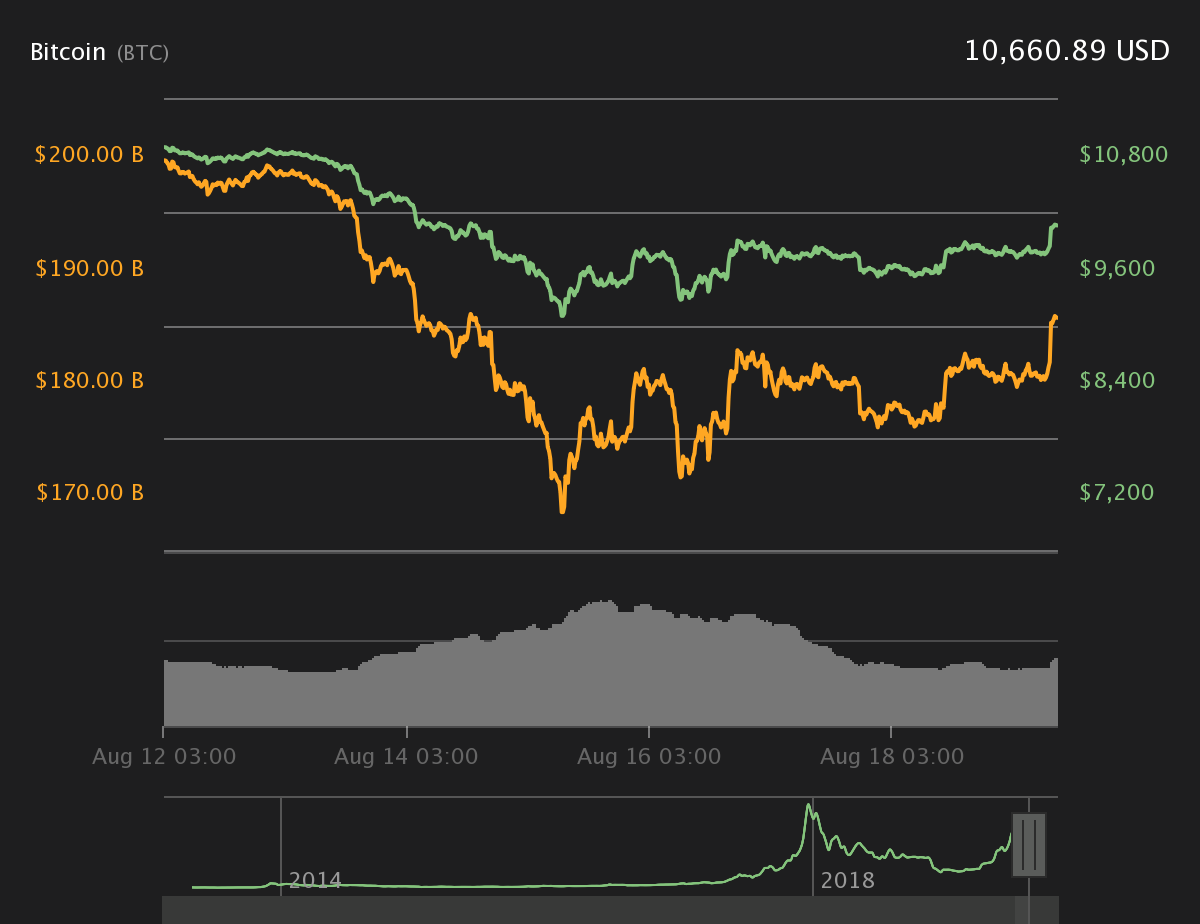 While there was no great cause for celebration, analysts were eyeing potential further progress towards $11,000, within a greater context of upper resistance circling $12,000.

He added he considered it unlikely the Bitcoin price would drop below the high $8000 range.

Altcoins rise from the dead (at last)

Altcoin investors also had something to talk about this week as Bitcoin’s gains contributed to a recovery from previous lows.

As Cointelegraph reported, markets saw a considerable decline last week, with some altcoins dropping to lows against Bitcoin not seen for years.

Ether (ETH), the largest altcoin asset by market cap, gained 8.3% to hit $200 once again, some way to previous levels of $225 seen before its latest decline. 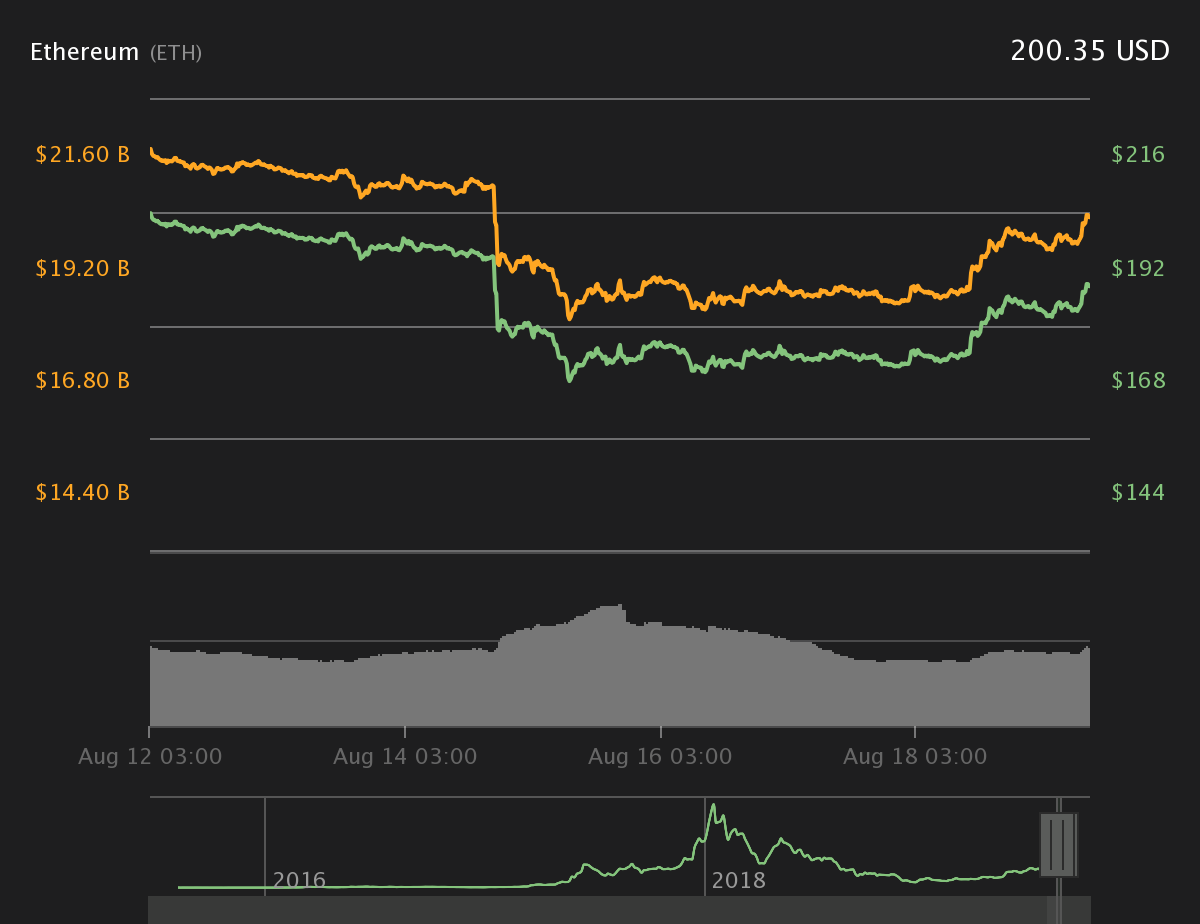 Other tokens in the top ten followed suit, with Bitcoin Cash (BCH), Litecoin (LTC) and XRP producing gains of between 6% and 8% on the day.

The uptick had a telling effect on the overall cryptocurrency market cap, which on Monday stood at just under $280 billion, Bitcoin’s share challenging 69%.